Taos Pueblo has been awarded a Trails+ grant from the New Mexico Outdoor Recreation Department for two major projects on Pueblo land which will positively impact the lives of both tribal members and the general public. The money will go toward the survey and engineering of the NM 150 Multi-Use Pathway as well as fund the clearing of important cultural trails on Pueblo land. The tribe applied for the grant in collaboration with the Enchanted Circle Trails Association (ECTA) which is managing the NM 150 project. Read more…

The vision of a recreational trail linking Arroyo Seco to the parking lot in front of KTAO has long been a dream for many in the community.

Just before the end of 2021, Taos Pueblo Tribal Council approved the idea of this trail, signing a Resolution to give the Enchanted Circle Trails Association (ECTA) permission to approach the New Mexico Department of Transportation to amend the current right of way for NM 150 to include a new non-motorized trail for the community. 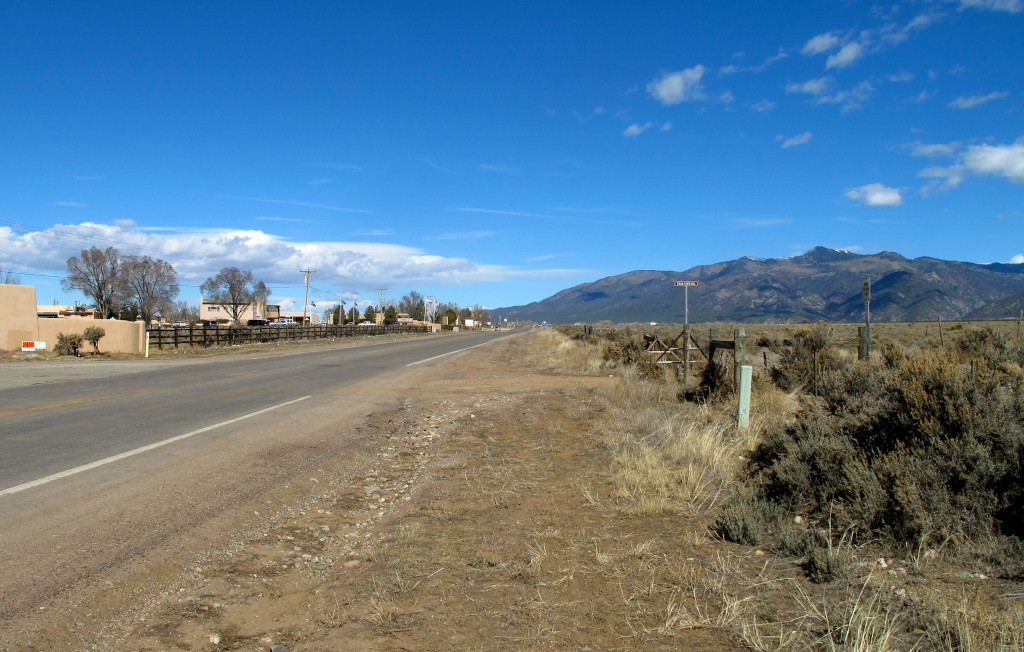 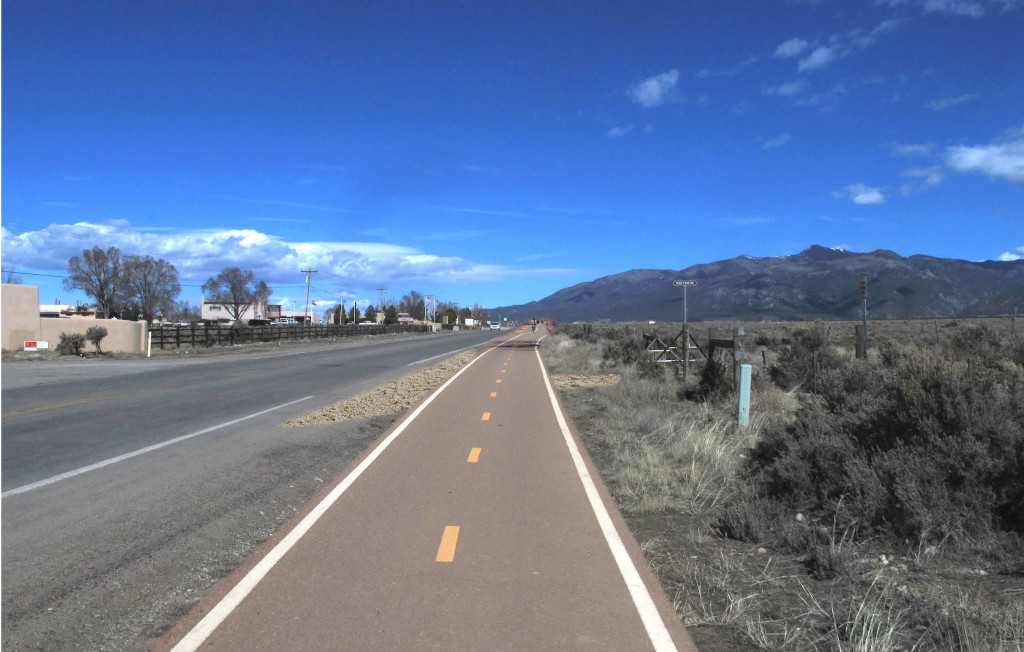 This trail is one of the priority projects most important to the community as identified in the Enchanted Circle Trails Plan.

The trail is an important link in a regional trail system, and hopefully will energize other government entities to prioritize trail development.

This project was brought to Taos Pueblo in 2013, when Carl Colonius, then Executive Director of Rocky Mountain Youth Corps, presented the concept to Taos Pueblo Warchief. Mr. Colonius has since helped establish the Enchanted Circle Trails Association to focus on the development of a regional trail system. This trail is one of the priority projects most important to the community as identified in the Enchanted Circle Trails Plan.

In 2014, Mr. Colonius introduced the project to Taos Pueblo Tribal Council, and from 2014 through 2021, the project has been reviewed with Taos Pueblo Warchief and Governor’s staff consistently.

A community survey was conducted with Taos Pueblo community members in 2017 through which over 86% of Tribal Members surveyed strongly supported the development of a trail in this location, and believe it would be an asset to the Tribe and to the surrounding communities. A Tribal Land Use Application was drafted for the project with input and edits from Taos Pueblo Land Office.

During the development of the Enchanted Circle Trails Plan, over 150 trail segments were evaluated for their equity and access, feasibility, current use, and potential community health benefits.

From this analysis, a bike path from US 64 (KTAO) to Arroyo Seco was identified as one of the top three priorities for trail development in the region — behind general road improvements throughout the Town of Taos and a bike lane connecting Arroyo Seco to Taos Ski Valley.

In 2018 the New Mexico Prioritized Statewide Bicycle Network Plan solicited extensive community feedback and conducted a feasibility analyses to identify and prioritize segments of New Mexico roadways that would most benefit from improvements for bicycles and alternative transportation.

The analysis found that US 64 to Arroyo Seco was a Tier 1 priority project, while the continuing stretch from Arroyo Seco to Taos Ski Valley segment was a Tier 2 priority.

(Tier 1 segments are high priority for improvements that will provide critical intra-community and statewide connections, while Tier 2 are medium priority, exhibiting existing or latent demand for bicycling.)

Will the trail fit within the right of way?

The existing highway easement is 40 feet from centerline, providing roughly a 30 feet corridor from edge of road to place the trail. If the trail is 8 feet wide, with 1 foot shoulders, that 10 foot trail footprint fits easily with the right of way.

Will the trail stop landowners along the route from building houses on land assigned by Tribe?

No, trail design can accommodate driveway crossings and actually improve access to tribal members that have received assigned property by stubbing up for utilities and incorporating driveway aprons.

Will there be any cost to the Tribe for the construction of this trail?

No. The resources for the trail will be sought from federal, state and private foundation sources.

Does the NM Dept. of Transportation have plans to expand NM 150, impacting the trail concept?

There is no indication that NM DOT plans to widen NM 150.

Will the trail impede traditional Taos Pueblo use of this area?

Horses will be able travel next to the trail, as the trail would only take approximately 8 feet, leaving 15 to 20 feet for traditional use.

Why not put the trail on the west side of the highway?

The number of driveways and roads that currently intersect with the highway on the west side exceeds the density recommended for safe travel on a shared-use pathway. The east side of the highway will provide a safer, more enjoyable experience for all trail users and vehicle traffic.

We will keep the number of emails we send to a minimum. And we'll never share or sell your information.

Thank you for supporting our mission to develop, maintain and promote our regional trail system.

We don’t email often, but when we do, it’s usually worth reading.